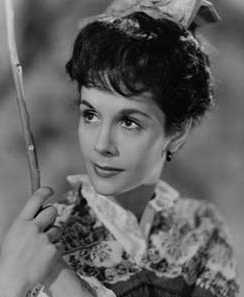 As stated in a previous post, the 1950’s were quite a fruitful period for many great filmmakers and this was especially true when it came to those from foreign lands. The sheer quality of their work was staggering in its scope and brilliance, rivaling much coming out of Hollywood’s film factories at the time. Fellini, Bergman, Kurosawa, Truffaut, Malle, De Sica, Rossellini, Bresson, Chabrol, Visconti, Ozu, Mizoguchi, Ray, Clement, Ichikawa-the list of those who either began to make their mark or who made some of their greatest works during that period has hardly been rivaled either before or since. The movies themselves created by these talents during that period have stood the test of time and are classic in both their impact and their artistry. However, because it was such a prolific period for foreign filmmakers, there were other great works from foreign lands that came out during the same period that did not receive the same amount of attention or acclaim. But, as opposed to being less worthy, they are just less well-known. With that in mind, here are 5 movies deserving to be seen that are equal in quality to those more well-known during the best period of foreign filmmaking in movie history. They are, in random order, as follows:

(1) El (1952, Luis Bunuel, director, pictured above, and starring Delia Garces, also pictured above) Two years earlier, Bunuel had directed what many consider his masterwork of that period, “Los Olvidados”, a brutal and gripping depiction of life in the Mexican slums containing his trademark surrealistic touches which date all the way back to his earliest films. Though less surrealistic, this film is equally gripping, if not even more so, in its depiction of a middle-aged aristocrat who marries a beautiful young girl and falls victim to insane jealousy. With striking cinematography by famed cinematographer Gabriel Figueroa who also worked with John Ford, and a chilling central performance by Arturo de Cordova, it works as an observation both of obsession and madness with even a little black humor sprinkled in for good effect. A winner on every level and hard to forget.

(2) Twenty-Four Eyes (1954, Hideki Takamine with children pictured above) One of the great Japanese directors of the period, Keisuke Kinoshita, creates one of the best tear-jerkers of all time. The story of a young schoolteacher on an island community in South Japan and her group of students from primary to high school during the time of an increasingly militarist government, her pain becomes your pain as you watch these young ones grow up and become victims of a society and ways of life that she tries to protect them from. Intensely moving (have the hankies ready!)and powerfully acted, it is truly one of the unsung gems of a rich period of Japanese cinema and deserves to be far better known.

(3) The Nightingale’s Prayer (1959) Considered one of the best Egyptian movies ever made, it is the compelling story of a young woman named Amna, cast out of the village along with her mother and sister because of their father’s infidelities, who plots revenge on the young engineer who destroyed her family’s honor. However, that brief description doesn’t begin to do this film justice, as it twists and turns in various unexpected directions leading to an unforgettable conclusion. Criminally under-seen and well worth seeking out.

(4) Ballad of a Soldier (1959) A young Russian soldier, instead of taking a medal for a heroic act, asks for a few days leave to visit his mother and fix her roof. On his way to her home, he meets a girl, falls in love, spends a little time with his mother before he returns to the front and is killed. This is not spoiling anything as his death is revealed at the beginning of the film. What makes this movie so special is how, despite the fact that the outcome is already known, you still invest fully in this young man and his experiences and thus are more emotionally devastated at the end knowing what will happen. The final embrace between the young man and his mother is one of the most heartbreaking scenes in all of cinema. A must-see and one of the best Russian films of the era.

(5) Death of a Cyclist (1955) From Spain, it is the story of an accident-a cyclist is knocked down and killed by a couple on the road at the beginning of the film. However the couple are having an affair and don’t report the accident for fear of being discovered. This leads to a chain of events which tragically affects the lives of many people, including the couple, leading to an ironic and powerful conclusion. A well-acted and beautifully shot film, part thriller, part class expose’, it deserves attention and is another example of the greatness of foreign cinema of the time.

These are 5 films that will certainly not disappoint and may either add to your already high opinion of foreign films of that decade or move you to see what made them so outstanding and then get a real taste of the level of cinema coming from foreign shores at that time. In either case, seek them out if you can, see what you may have missed, and open a door to a whole new world that will seem a lot less foreign once you enter and see what’s there.

An avid collector of classic movies for over 20 years ranging from the silent era through the early 1960's, from the justly famous to the unjustly obscure and quite a bit in between.
View all posts by bjbradford →
This entry was posted in classic movies, Uncategorized and tagged 1950's cinema, classic cinema, foreign films, japanese cinema, old movies. Bookmark the permalink.